1. Chaarvaak: This philosophy believes in only that which is seen. They don’t believe in God or Karma.

Source of Knowledge: Sense Perception only.

2. Buddhism: Their philosophy is of ‘Shunya-vaad.’ Nothing is real. Nothing is created or born. All the external appearances are untrue. Nothing exist for more than a moment.
Source of Knowledge: Knowledge is not permanent but keeps changing. What was true a second before, is not true now.
Objection: I may say that Buddhist philosophy was true a second before, not now. If you say that there is nothing, then who is the observer to ensure that there is nothing? Certainly there is something that is not untrue, which observes the untrue.

3. Jainism: Jainism doesn’t believe in Vedas because as per them, Vedas encourage animal-sacrifices. They believe in ‘karma’ and ‘rebirth. Knowledge about life and happiness is hidden due to Karma.
Source of Knowledge: Whatever you see in front of your eyes didn’t really exist in past, neither in present, nor will be in future.
Purusharth (Destination): Those who clear their karmas, which keeps accumulating from birth to birth; one gets liberated, becomes Yog-Siddhas. Yog-Siddhas look after the world.

4. Agamas: Panchratra aagma has been proved to be Vedic in Vyas’s Vedant-sutra. Also, in Mahabharat and other purans, Panchratra is help to be strictly in accordance of Vedas. However, Pashupatha Agama runs counter to the authority of Vedas. ‘Paashupati deeksha’ renders anyone as Brahmin. Everyone is Shiva himself. There are 36 principles and Pashupati is the Paratatva in this system.

Vedic System: Those who believe in Vedas are said to be Aastikaas.

1. Nyaay: Propounded by Akaashpaad Gautam. (not Buddha). Nyay means analytical investigation. However, don’t accept Brahman as soul cause of universe and inner soul of all.

a) Pratyaksha: direct perception with senses and mind.

b) Anumaan: Inference based Knowledge.

c) Shabd: Verbal testimony i.e. Vedas are given the highest place. Ex- If there is smoke, there must be fire.

2. Vaisheshik: Propounded by Sage Kanaad.  Acording to him, Akaash is eternal. Based on Atomic School. Combination of atom-size particles of ‘Panch-Bhutas’ give rise to materials in the universe. Deluge means all the compounded things return to their original size and state.Excepting the atman, all things are achetan (non-sentient).

Source of Knowledge:He promoted argumentative techniques and mode of cognition.

Destination: Jivas undergo karma and in any particular birth, owing to knowledge of the nature of universe, the aatman gets liberated.

3. Sankhya: Propounded by Sage Kapil. It is based on the school of enumeration. It enumerates 25 principles (Purusha) and 1 prakriti. Prakriti is the first cause of creation (seed matter) representing subject and object. The world was like this before and will continue to be so in future too. Karma has to be gone through to earn falam finally. The term for cosmic consciousness is ‘Mahat’.

Destination: Not to do things prohibited in Vedas and carry out daily chores to be able to enjoy heavenly pleasures.

4. Yoga: Propounded by Sage Patanjali. It is based on ‘Sankhya’ school of enumeration and Meta-Physics. The term for cosmic consciousness is ‘Chitta’.  There is no subtle body (mind, intelligence) but Purusha contracts or expands to lower or increased consciousness. Ishwara, included among males, is dependent on Prakriti  and responsible for creation and deluge. Doesn’t accept Brahman as sole cause of universe and inner soul of all.

Destination: This theory is based on 7 Chakras (Kundilini) or hidden energy in our body which lies at the base of the spine.

For the sake of comprehension and interpretation, Vedas have been divided into two parts- Purv-Meenasha and Uttar-Meemansha. There are 20 chapters in Meemansha darshan out of which 16 chapter lies in Karm-Kand or Purv-Meemansha and 4 lies in Brahm-Kand or Uttar-Meemansha.
5. Purv-Meemasha (Karm-Kaand): Meemansha means investigation or interpretation of Vedic injunctions. This section has been dealt by JAIMINI. It’s not much about philosophy but details of rituals and yagnas performed to to invoke devtaas or gods.

Destination: Aatnman is the subject to births and deaths due to ‘Karma’. Performance of Dharma or Karm-kand separates the aatman from mind and it goes to Brahm-Loka. There it remains till the end of the days and the end of the world.

Which is the Object of Worship? ——- Upanishads.

Both the Meemanshas, totaling 20 chapters form one single unitary Meemansha system. Many sages including Bodhayan and Ramanuj have declared so in no uncertain terms. Brahm-sutras are highly condensed presentations of Upanishadic texts and give a synoptic insight of its author. It deals with the many of systems discussed above and have been refuted by the Sutras.

The sutrakaar is none other than Ved-Vyaas, the author of Mahabharata. He was called Ved-Vyaas, a sage revered as unifier of Vedas. He was also Known as Krishna Dvaipaayan. Krishna means dark-black and dvaipayan means born in island. He was born in the month of ‘Aashaad.’ He is also called BADRAYAN as he used to be moving in the hills and jungles around his ashram in Badri. 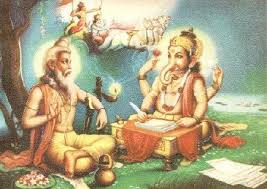 It comprises of 4 chapters and then further sub-divided into Padas. Each Padas has several Adhikarans. Adhikarans are the group of Sutras who form a central meaning.

1st chapter (Samanvay Adhyay) expounds the nature of Brahman as the ultimate ground of the universe of Chit (Aatman) and Achit (Non-sentient).

The last chapter i.e. 4th, (Phala Adhyay) deals with ‘Purusharth’ or ‘phala.’ It reveals the nature of ‘mukti’ and end-result of whole philosophical enquiry.

Different commentators have divided Brahm-Sutra into different number of Sutras.

There is no room for contradiction in Vedas. Each and every shloka of Vedas are sacred and equally important. Not any one part of Vedas can be taken and said to be superior to other.

Adhikaari-bheda means differences arising from the levels of interpretations by the readers. While Vedas seems to be mutually contradicting, they give non-contradictory message actually. Abhed shruti talks about one-ness of Jeevatma and Parmatma while Bhed Shruti talks about difference between Jeevatma and Parmatma.  Are Vedas mutually contradicting? No, Vedas themselves provides the solution in form of Ghatak-Shruti which combines both Abhed-Shruti and Bhed-Shruti. That’s the contribution of Sri Ramanuja to Vedant philosophy. When Ramanuj arrived in the scene, there was utter darkness all around. He appeared like a becon-light in the dark-phase.

We would discuss about Bhed, Abhed and Ghatak shrutis in coming articles. 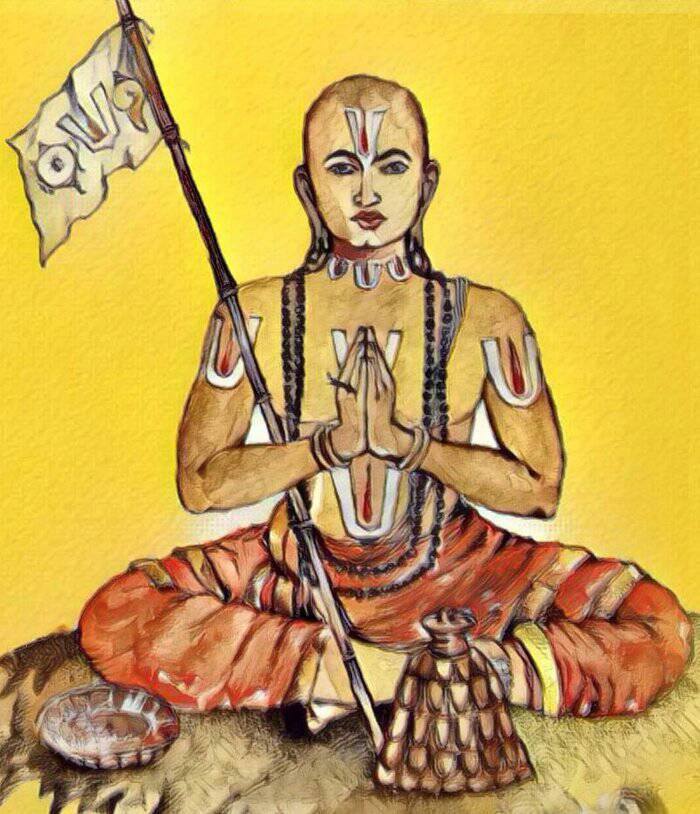 We would discuss about these philosophies in coming articles.

5 thoughts on “Philosophies of India”